A recent submission to “One Woman’s Day” blog from the Story Circle Network. 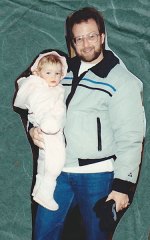 Snow angels have always been a threat to me. When my husband and I dated, his parents lived in Minnesota. He had lived several places with major snowfall and he actually snickered when I confessed I had never made a snow angel.

It wasn’t because I had never been around snow.  No, it was because I saw no joy in laying down in cold, wet stuff that would inevitably creep down your neck, leaving your hair in sopping curls all over the back of your head. It seemed totally logical to avoid it!

Snow angels re-surfaced when our daughter was eighteen months old and ready for her first Christmas visit to Grandma and Grandpa’s house.

Granted, I may have gotten carried away with her powder pink snow bunny suit with buttoned gloves and lined hood, but hey, Minnesota is COLD!

We flew up from Austin, where snow rarely falls, to a winter wonderland of snow laden trees, frozen lakes and beautiful wooden houses tucked up into the hillsides.

We warned our daughter about the cold and that she was not to go outside without her “bunny suit” and a grown up. She was so excited when Daddy talked to her about her first “snow angel.”

“Really,” I said? “You are really going to make her do a snow angel? I won’t even do them!”

He assured me that she was going to have a fabulous time romping in the snow.

Day dawned, the sun was shining and it was time to “hit the slopes” sidewalk style. I dressed her warmly and she looked angelic with her blonde curls and big blue eyes. Her cheeks pinked up as soon as she went outside and she seemed to be glowing.

The grandparents, my husband and I gathered around her, guiding her to a fairly flat place in the snow.  She still had her little gloves buttoned over her hands and so I asked, “Are you ready to feel the snow?”

She nodded enthusiastically, so I slipped her mitten off said, “You can touch that snow bank. Then Daddy will show you how to make snow angels!” Notice I was not volunteering for this gig in any way.

She slid over to the snow bank and inched her hand toward it tentatively. We watched and waited for the wonder we just knew she was going to experience…

Our petite, pink cherub reached out and touched the snow with her hand open and there was this long and silent pause when her expression seemed as frozen as the ice she was touching. Then her face crumpled and a banshee wail came out of those tiny lips that could shatter glass.

I had a feeling that additional snow play was not in her immediate future as we bundled her back up and into the house. I also knew, for the time being at least, that I had an ally against the dreaded snow angels. 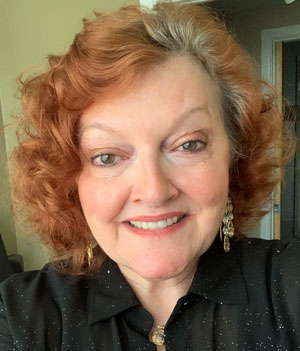