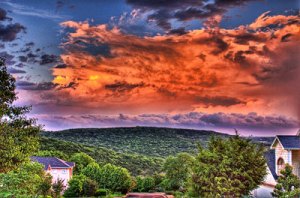 I live in Austin, Texas. We boarded the “Lance Armstrong” train in a big way, naming a bike-way and perhaps even children after our newest, youngest, and shiniest local hero.

He overcame cancer and by the “grace of Lance,” became a paragon of physical and athletic perfection, a role model to all, and a benefactor of the cancer fighting movement. He won an Olympic medal and acted as the celebrity face of an incredibly large amount of money dedicated to cancer research by Texas.

He was in movies and commercials and through it all, only credited himself for all of these successes. He was the poster child for self-will and ego, versus any reliance on God or faith of any kind.

“Those whom the Gods destroy, they first make proud.” – unknown.

What do these observations have to do with parenting, or management, for that matter? Just this; hero-worship is often an exercise in disillusionment.

Whether it is a child worshiping an athlete or celebrity, or a company worshiping a charismatic leader, it is inevitable that eventually they will all prove to be just people.

As parents, it is worthwhile to teach our children that although we can admire public personalities, we need to be aware that they, like all of us, are flawed in some ways. We can admire what they do (to the extent we know it), but when we extend that admiration to idolatry, we are encroaching on the domain of God.

As business people, it is tempting to idolize a Steve Jobs or Bill Gates, because they have been publicly successful and are the face of their global companies, but in reality, they are just people, too. The success we admire so much is also attributable to hundreds, if not thousands of people who work for the company, caught the vision, and made it real.

Our impulse to idolize is sometimes harmless, but can be terribly damaging for some children or adults. Those “feet of clay” can make our young people feel cynical, angry and like there is nothing to be trusted in the world. Older people can feel the same way, and judging by the editorials and letters in our local newspaper, many do.

How do I feel?

I don’t feel much, to tell you the truth. I did not find Lance to be a particularly appealing public person, and although I admired his accomplishments, I never saw any humility in him. That his career was founded on lies, bullying and cheating is disappointing, but since I did not worship at the “altar of Lance,” it is not affecting me the way it seems to be affecting many here in Central Texas. Even his apologies seem transparently self-serving to these fans, and many comment that he does not seem sincere in them. They are angry, and often it is with themselves for being “taken in.”

What do we do as parents to nip “people idolatry” in the bud? How is it different from “role modeling,” which can be a very constructive thing?

Here are a few ideas:

I know you get where I am going here. Ask open-ended questions, listen to the answers, try to separate the personality from the actions, and have a real, unbiased conversation that will let your child know that celebrities are just people, and it is okay to admire them for their achievements, but not to put their faith in them.

Only their God is worthy of that level of admiration and trust.

3 thoughts on “Feet of Clay – Heroes and Our Kids”