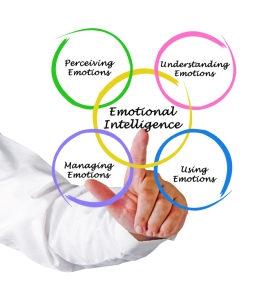 Parenting is a tightrope walking, high-wire aerial act, and there is rarely a net to catch you if you fall. Small errors are recoverable, but big ones will send you flailing and failing all the way down. Scary? You bet! But there are some things you can do from the beginning that will give you some sticky glue on your feet and a trampoline to catch you.

My friend Hjalmar and I talked about this the other day as I exercised and he encouraged. (He is an awesome personal trainer!) I shared with him the “emotional construct” theory and practice that my husband and I developed over the years.

We don’t claim credit for this concept. It comes from the knowledge we gained from “How To Talk So Kids Will Listen, and Listen So Kids Will Talk,” by Faber and Mazlish. We just took it a little further.

The emotional construct is made when you are not emotional, and so you need to do it long before you need it. This requires some foresight and communication between you and your partner, but it is well worth the effort. Emotional Intelligence is something that children acquire over time, and you can role model it by using the emotional construct.

Think about the most emotional battles you had with your parents as you were growing up. Often, they were only battles because you felt strongly about something and your parents had not made their expectations crystal clear. In that scenario, emotions will ignite and something that should be simple can become a battleground.

Here is an example. Let’s say your child is completing his driver’s ed course and about to get his permit. In his mind, once that card is in his hand, the keys to your car should land there, too. This may not be what you are thinking at all. His emotions will be running high, and if you are not prepared when he assumes he should be able to drive your car, yours may kick into high gear as well. As Gary Larson wrote in his great cartoons, “Trouble Brewing.”

How can you avoid this?  Simple, really…You talk about it years before it happens.

A couple of years before our daughters hit that magic age, we started talking about our expectations of them as drivers. At first, they looked at us quizzically, since this was far out in the future for them, but we kept bringing it up from time to time. We expressed our plans for them to be good, safe drivers. This may include rules that exist as laws in your area, and family rules that you will be enforcing. No Surprises = Less Drama.

You may want to set a period of time when you will be in the car while they are driving. This gives them more practice and gave us an opportunity to see how they were doing.

Our girls knew far in advance that they would not be able to have friends in the car with them for their first few months of driving. They would only be able to drive a family car with the parents’ permission and any deviation in where they were going and when they expected to return needed to be communicated to the parent. There is a curfew based on age in our town, and we expected them to keep track of their time and abide by it. Our goal was to know where they were and where they were going while they were beginning drivers. When they were more experienced, the rules loosened, and eventually, they had cars of their own. The emotional construct widened and became more about consequences.

Think this through – What happens if they have a fender bender? Who pays the deductible? What are the consequences for a ticket, besides having to pay it? DUI – again, what is the consequence? What are your rules about cell phones and texting?

My point is this: If you talk about emotional stuff before it happens, then if or when it does, you have a plan of action that does not include emotion (believe me, they will have enough for both of you!) and you can freak out later. Your goal is consistency and a feeling of safety for your children. If you lose it, I can guarantee you they will, too.

Does this work for other things besides driving? You bet!

Sleepovers, parties, sports involvement, dating, college visits…you name it. Anything you can imagine, you can discuss with your partner and together, you can deal with the emotions before they enter the picture. Imagine their possible expectations, your reactions, and then talk about it before it gets here. There will still be surprises along the way, but you will short-circuit much of the conflict and trauma.

Good luck, and if you try it, let me know how it works for you!

4 thoughts on “The Emotional Construct Concept” 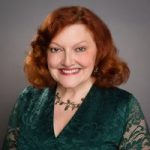