Money management – a cornerstone of business and life in general, but how many of our kids really “get it” until we toss them out into the waters of independence? I met too many women in their twenties who had no clue how to handle their personal finances during my management career. I would never want my girls to grow up that naive and my husband felt the same way. We 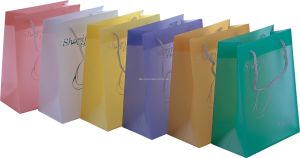 wanted them to know how to handle their money and responsibilities and to learn this in an organic way. Time will tell if we have been successful.

Our kids realize how blessed they have been. Daughter 2 attended a highly selective university where she was surrounded by many children of privilege, but also by many who were on scholarships, carrying heavy loads of student loans, and who had sacrificed much to be there. She was raised from an early age to be discreet about her financial blessings (we are financially secure due to her Dad’s hard work, but in addition, her generous grandparents provided some money in trust for college for both of our daughters, helping us tremendously).

She was amused at the end of her freshman year when she realized that her roommate had come to the incorrect conclusion that she was poor and must be on scholarship because she was thrifty and her favorite place to shop was Target. Daughter 2 did not enlighten her otherwise. Daughter 1 was also discreet about her finances and fit right in with everyone, both at college and law school.

Here are some actions we took to encourage this behavior:

This attitude extends to shopping, too! As soon as they were able to understand the value of money, we showed them how much we budgeted for each of them for back to school clothes.

First, we went to the department stores where all of the designer stuff was and we picked out what our money could buy. Then I said, “Ok, this is what your money will buy here. Let’s go somewhere else and see if we can find the same things or maybe even things you like better for less. If we can’t, we will just come back here and get these. Deal?” We would head over to a discount store and they would pick out what their money would buy there.

When they realized that they could have an entire wardrobe at these stores, while the same amount could only buy three outfits at the other stores, the light began to shine. We discussed quality and checking the merchandise very carefully, but I pointed out that a careful shopper could usually maximize what they were able to buy and be just as trendy and fashionable as they desired.

When they were small, I could do this exercise with toys, candy, anything that I allowed them to buy with their own money (monetary gifts, allowance, etc.) and I was amazed at how fast they caught on.

Occasionally they would make a poor choice; perhaps a cheap, badly constructed toy that was not worth the money they paid for it.

This was a life lesson too, and one better learned then than later when buying expensive electronics. Weigh in and point out that it might not last long and might not be the best alternative, but you will respect their choice. If there is a better-constructed item for a similar price, offer it as another possibility. This may be an object lesson in waiting until he or she has just a little more money, or maybe forgoes that piece of candy they wanted to get along with the toy. Choices, choices, and always consequences attached to them.

As the girls grew older and brand names became more of an issue, we made a deal. Dad and I would pay what a non-brand name item would cost. If they truly felt that there was a premium inherent in the brand name that was worth the extra money, they could earn it and buy the jeans or whatever was on their wish list. Oddly enough, there were very few things over the years that reached that exalted status.

The outcome of these techniques was two-fold:

This meant that as Daughter 1 got out of college and ready for job interviews, she was willing to pay more for a quality business suit because she knew she would be wearing it for years. She looked for a classic design and a flexible fabric for a variety of temperatures and eventually went with a name brand for the tailoring. But she still opted for the sale and was very proud of the value she got for her money! Conversely, if something was obviously trendy and not likely to be worn more than a year or two, they were not willing to pay as much for it and would shop discount.

They know conclusively that real wealth has nothing to do with the outward trappings that you see, and everything to do with how debt free you are. Real wealth is the freedom to make choices, and you don’t get that when you are hobbled by debt-laden possessions.